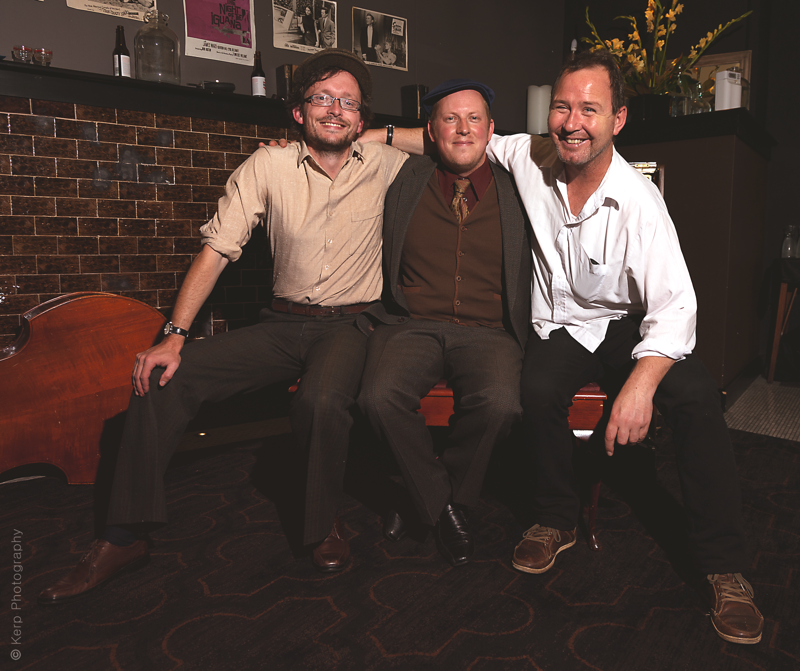 'Ben Wilcock and The Jelly Rolls’ are a swinging New Zealand piano trio who began their career in a speak-easy called The Black Sparrow. Since their inception they have released two studio albums; Sneaky Weasel (2014) and The Phantom Canoe (2017) and two live albums; Live in Cromwell (2016) and A short history of jazz, the 1930s for Radio NZ (2016). Over the last five years The Jelly Rolls have made regular appearances at jazz festivals throughout Australasia. The resplendent Ben Wilcock takes centre stage on piano, suffusing Harlem Stride, as well as the influences of jazz piano greats, such as Oscar Peterson, Errol Garner and Ahmad Jamal. He is joined by the effervescent John Rae on drums and the multi instrumentalist Dan Yeabsley on the Double bass and saxophones. They are currently touring 'The Phantom Canoe', a uniquely New Zealand jazz album inspired by the legends of the Te Arawa people of Rotorua.

"Even without knowing the background to the album's conception it's a great listen, one that harks back to the time when jazz was for dancing, with great driving rhythms and phrase constructions that make you want to move" - Aleisha Ward, NZ Musician