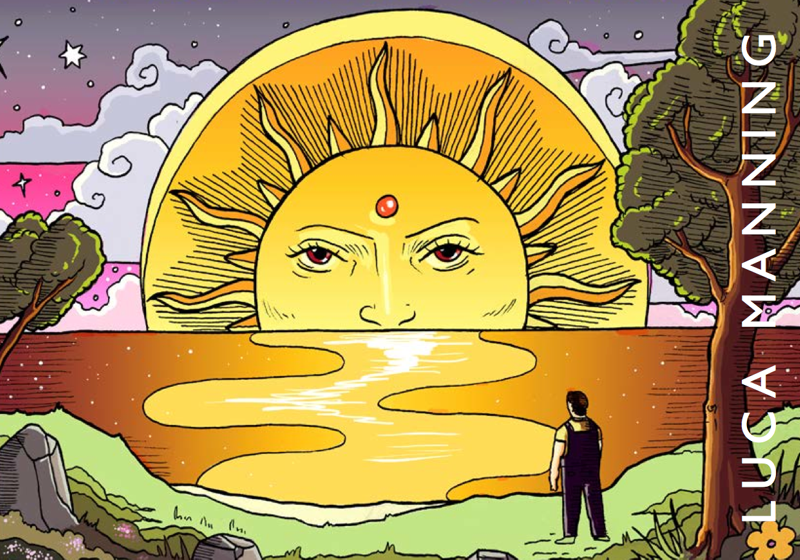 Luca Manning is an award winning Jazz vocalist and songwriter from Glasgow, Scotland. He is inspired by a wide range of artists and musical styles, as well as being firmly rooted in the tradition of jazz. He turned to jazz music almost by accident, after spending his childhood chasing the dream of being a rockstar and found that the more he immersed himself in the music, the more he fell in love with it. Now based in London, Luca has just finished his second year on the jazz degree at the Guildhall School of Music. He has already played major London venues such as Pizza Express Jazz Club and Ronnie Scott’s leading his own ensembles and featuring as a guest with renowned singers such as Liane Carroll and Ian Shaw. He became a member of the London Vocal Project in 2018 and in the same year, became a chairholder with the National Youth Jazz Orchestra. Luca was honoured to win the rising star award at the 2018 Scottish Jazz Awards and is now anticipating the release of his first album : “when the sun comes out” which features Scottish pianist Fergus McCreadie and special guest saxophonist, Laura Macdonald.

“I wanted this first album to be a reflection of who I currently am - in the truest sense. We recorded it live at the nyos building in my home city, Glasgow. I chose to go for the more raw, live sound rather than a studio sound as it was really important to me that we capture a ‘moment’ with each take. Therefore, don’t be alarmed when you hear the odd creak of the piano stool or the passing of a car outside - it’s all in the moment! All of these songs spoke to me in one way or another and playing them with Fergus brought them to life in a way that was more exciting than I could ever imagine. We listened to loads of duo records that have inspired us : from Ella and Oscar to Cecile McLorin Salvant and Sullivan Fortner and really enjoyed exploring different ways that we could present this music. I feel that Fergus’ musicianship is truly unique and I can’t even begin to describe how much of a joy it was to make this album with him. I am also so excited to feature Laura MacDonald as a special guest on this album. Laura has been a huge mentor to me over the years and when I thought about having a guest on the record - I instantly thought of her. I wanted Laura involved not only because I was thinking of a great saxophone player, but because I knew I wanted her sound as a musician on this album and I adore playing with her and I think that energy really translates on the tracks we have featured her on. I also must take this opportunity to mention my wonderful mentor Sara Colman who helped produce this album. Her musicianship, wisdom and love guided me through all my doubts and helped create what you are now listening to. Additional thanks must go to my family for their continued support and to my dear friend and wonderful singer Rosie Bullen for her vocalese lyrics on “If I Knew Then” which is what inspired me to record that song.” - Luca Manning