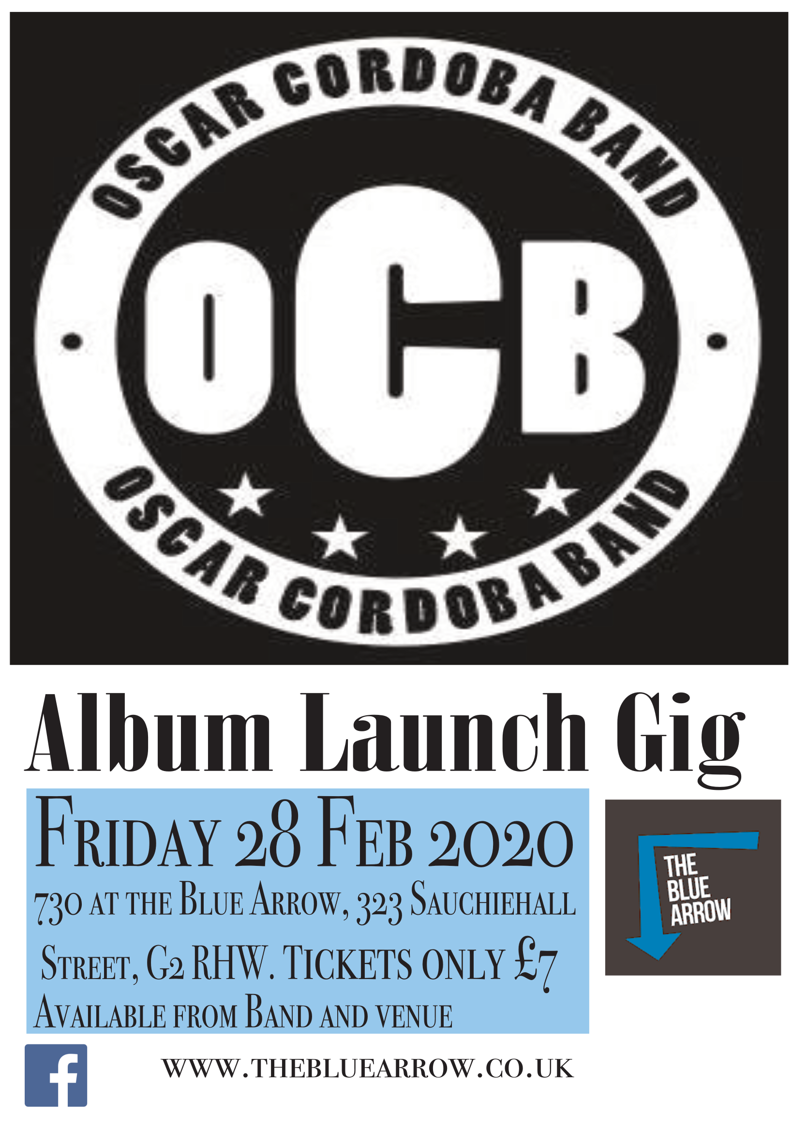 Oscar Cordoba Band is a jazz rock fusion band comprising high quality musicians combining original material with versions of material from bands like Colosseum II. This project is a labour of love as the musicians involved have listened to and played this type of music for an extensive period. There are a range of influences, but jazz-fusion is the common thread. The band has existed for over 5 years and consists of musicians who also play (or have played) in diverse projects such as pro-rock (Comedy of Errors / MacFloyd)

or Rock/metal outfits (SAHB Experience / Zal Cleminson’s Sin Dogs). The band line up of bass,drums, keyboards and guitar is augmented by Sax. Expect high octane performances which include memorable melodies, expressive soloing and a band enjoying the type of music they all love.

The band have played gigs across Scotland and the North of England whilst also providing support to high profile bands like Pat Travers Band / Andy Timmons Band and Fat Suit in prestigious venues. The Band has been well received at all such venues and are launching their debut album at the Blue Arrow in February 2020. The Band has also received radio plays and favourable press reviews